I am certain many readers will recognize the title of this book if they’re Canadian. They will remember the song by Wade Hemsworth that it is based on and they will certainly remember the animated short film The Log Driver’s Waltz that was released in 1979 and that many Canadian millennials learned in their childhood. You can watch the film here – for nostalgia’s sake, if you remember it, and for a pleasant break in your day, if you have not.

This book, by the same title as the song and the film, highlights the work of artist Jennifer Phelan, whose illustrations let the reader imagine a modern young woman as the heroine. On the back cover and on the front flap, the publisher reminds readers that this song has been “an essential part of Canadian childhood”. Log driving was one of the jobs that brought young Canadian men in the early to mid twentieth century to small towns in the parts of Canada where logging was a major industry. It was for many, including my father, a way to earn a living on a coming-of-age journey. I am sure that log drivers did, as the song suggests, cut a romantic figure in the wilderness. I am also certain that, as the song goes, hearts were captured. This is an old, familiar story, told in a Canadian setting. 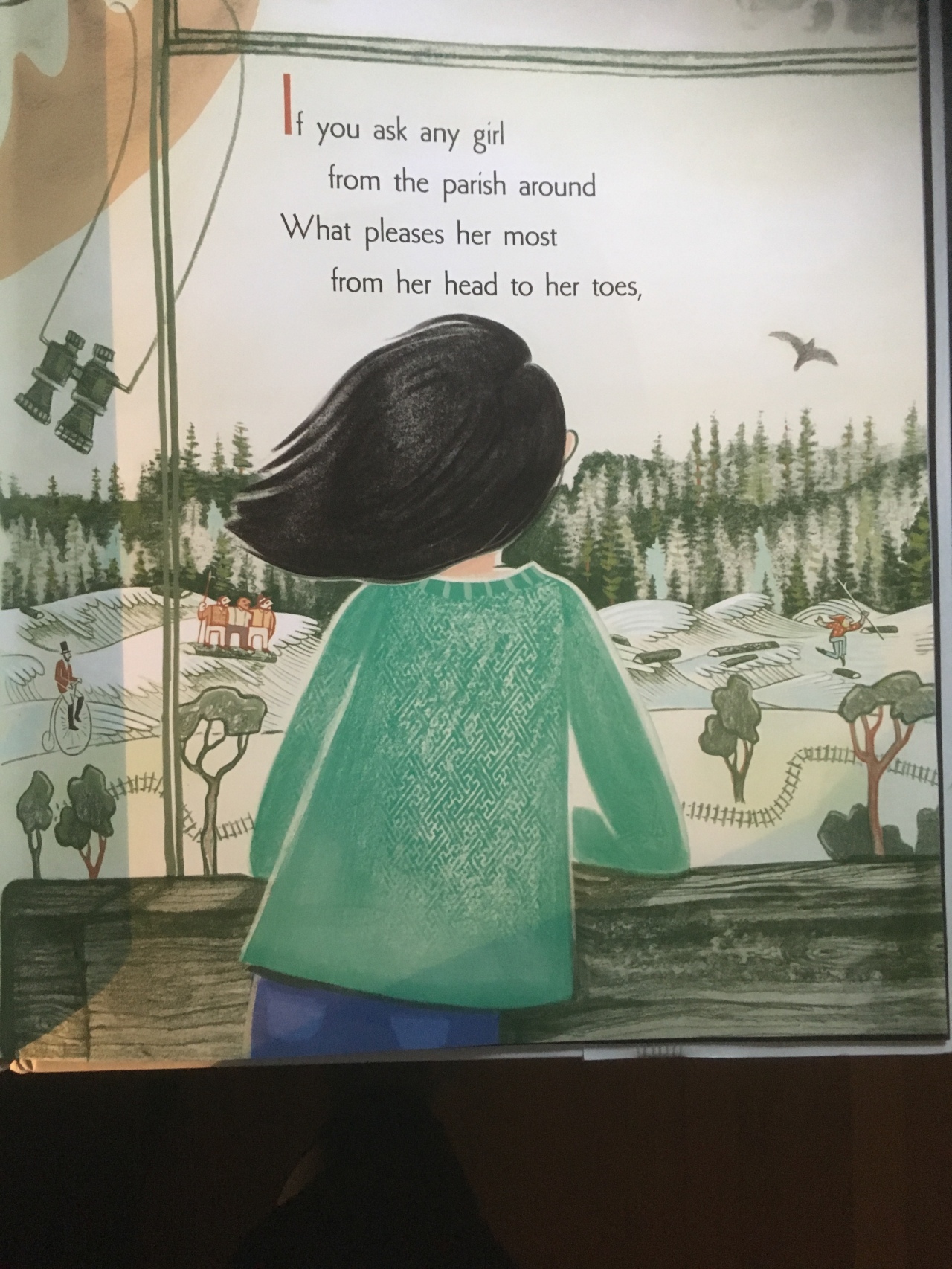 I have a few “children’s books” to review in the coming weeks. I am reviewing books in which aspects of life and living that used to be a part of every childhood are disappearing. Children’s books, and especially picture books illustrated by acclaimed artists like Jennifer Phelan, expose children and youth from all walks of life to literature and art. From the youth in my practice, who seem to love illustrated children’s books, I have learned that this is disappearing. Despite being in their teens, they adore picture books. One girl looking through Log Driver’s Waltz said, “Too bad there are no log drivers today.”

(Note: I read the Simon and Schuster Canada edition of this book.)