The image I have of how universal pharmacare is being added to the resources Canadians have for healthcare is a building, a specific kind of public building that can be found in most Canadian cites: a hospital. Think about a hospital in your city that was originally built sometime in the twentieth century. The original building may even be a heritage building, a monument to how health care was delivered in its era.

Adjacent to this building, and attached to it is another building, perhaps even another heritage building, but at least another edifice that is a testimony to the health services of its era, or the research conducted in that time. A particular element of these hospital structures is the way in which they are attached to each other. On occasion, the means of getting from one of these buildings to the other is an above ground passageway, often an overpass over a road. Think of the overpass between the Former Royal Victoria Hospital in Montreal and the Montreal Neurological institute. At other times, buildings are connected by a series of tunnels. Tunnels, in fact, seem to be a common feature of psychiatric hospitals. I was trying to find an image of the tunnels underneath my hospital’s former buildings and found that many older psychiatric hospitals have a series of tunnels between buildings. If that’s not a metaphor, I don’t know what is!

(Photo credit: This image of the overpass between the Royal Victoria Hospital and the Montreal Neurological Institute is from the Wilder Penfield Digital Collection of the Osler Library at McGill University.)

I am sure many healthcare providers are so familiar with these hospital images, that when I say that the new pharmacare measures being undertaken by federal and provincial governments across Canada are much like our hospitals, they will see immediately what I’m getting at. All these new pharmacare programs are add-ons. There is no vision of a whole structure being contemplated, bringing together all the stakeholders currently involved in assisting Canadians’ access to medications. There are, instead, add-ons, connected to existing plans and measures such as some Canadians’ insurance benefits, other vulnerable Canadians’ existing coverage and all Canadians’ own money. Except that, since all the money being used for all these plans is our money, we’re all going to have to deal with a series of tunnels and passageways to determine exactly how to get coverage for the latest, greatest drug our doctor has ordered. As someone who sees mostly people under 18 in Ontario where “universal” pharmacare has now been introduced for everyone under 25, I can assure you that “universal” has developed several new meanings over the past few months.

There has been tremendous progress in healthcare over the past two hundred years, and many of our older hospitals which have only gotten add-ons and not a completely new building are monuments to that progress. It is likely that, in time, the new hospital buildings that are being built will also become monuments. Unfortunately, it seems that humans struggle to build a structure, either a building or a policy, so that it can easily change and this is what is needed in healthcare. We need a new pharmacare policy that takes over from all existing drug coverage, one plan that has the same elements, no matter your age or health condition.

Wouldn’t it be great if the investment in pharmacare came with a new plan for Medicare and Canadian healthcare itself? That would be building for the future. 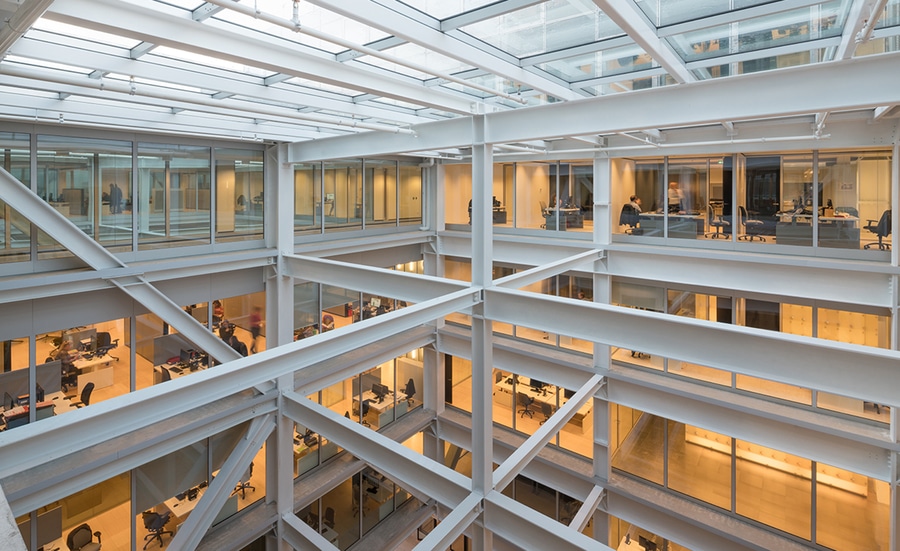 (This is Timmerhaus a modular building in the Netherlands built completely of sustainable materials.)