Three years ago, I reviewed Seth Mnookin’s book The Panic Virus. In that review, I noted the importance of science reporting in assisting the public’s understanding of scientific research and science in general. Keeping this in mind, I want to highlight an article from the Ottawa Citizen by Elizabeth Payne, a Postmedia health reporter. The article addresses the question, “Could infections cause Alzheimer’s?”

In her article, Payne considers the controversy about the link between microbes and Alzheimer’s disease. She reports that those scientists who favour the microbe hypothesis have made a widespread plea that the public “embrace” their hypothesis.

Payne’s reporting is factual and clear. It leaves the reader with the opportunity to consider whether the microbe hypothesis research supporters or the plague hypothesis supporters are more credible. It calls upon us implicitly to consider both theories, but to remain open to the results of the ongoing research on Alzheimer’s disease. To be open to possibility, to be able to assess alternatives as revealed by rigorous study, is the essence of science. Through her reporting, which points out the conundrum of a controversy in scientific research, Ms. Payne makes it clear why the public should not, in fact, “embrace” a hypothesis until the research and much more consideration yield a clear result.

I am a clinician, not a researcher, but I work in a university teaching hospital affiliated with a research institute and so I have participated in clinical studies. When focused on one’s own research study, it is easy for a researcher to become attached to trends that one believes are emerging from one’s research. I have done enough research to realize how dangerous this is. I have learned that one must be faithful to the scientific method that has fostered the real breakthroughs. 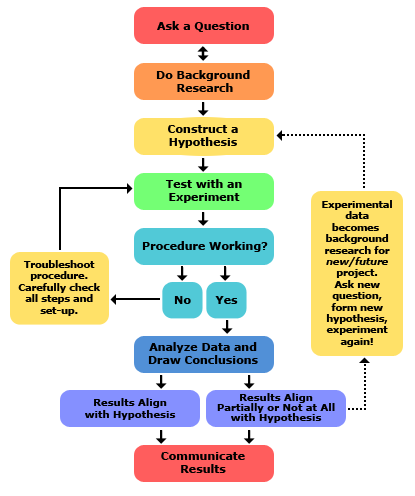 2 thoughts on “Journalism and the Scientific Method”